You will find these qualities in all of our products

Passionate about what we do, We are proud to serve our community and have had the privilege since 2001. Click here to learn more about us.

Here are some of the services we provide. Click here to find out more.

Just some of the men and women that work behind the scenes to do what we do. 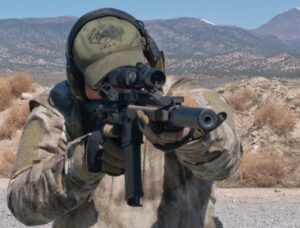 Rick serves as one of our sales representatives and training officers. He is a 27 year veteran of Law Enforcement and has served as the Tactical Commander with a municipal police force. He spent 13 years on the Tactical Team as an assaulter and now 2 years as the Team Commander. Kurina also served as Bomb Technician specializing in Render Safe Operations and Explosive Forced Entry for 16 years. He was seconded into the RCMP National Weapons Enforcement Support Team (NWEST) for 7 years, qualifying as a Firearms Expert in the Provincial Court of Alberta on three occasions. Prior to serving as a Police Officer, Sergeant Kurina served in the Canadian Forces as a Combat Engineer with the 4th Combat Engineer Regiment in Lahr, Germany. Sgt. Kurina is very active in shooting sports and is the 2019 NRA Law Enforcement Shotgun National Champion. Numerous other Provincial Titles have been earned in the British Columbia and Alberta Rifle Association's (both Service Rifle and Pistol categories) and the Alberta Section of the International Practical Shooting Confederation (Four Provincial Titles). Sgt. Kurina has been awarded both a Bronze and Silver Governor General of Canada Medal's for Military Service Rifle Shooting. Sgt. Kurina has been an instructor for Firearms, Ammunition, Explosives, Stockpile Management and Use of Force for the United Nations for the past 9 years.

You need more information about us?

Give us a ring